Here's a story by Tom Gogola, staff writer for The Lens on state cuts to the city's in-patient mental health services.  As someone concerned with violent crime, this is particularly troubling.  Click here for the entire story.


City officials met Thursday morning to try and solve a nagging $15 million problem: How to restore critical health-care money for LSU Interim Hospital cut from Gov. Bobby Jindal’s mid-year budget adjustment.
Hospital officials responded by proposing cuts to in-patient mental health and substance-abuse services now offered at the facility. Though Jindal’s office didn’t say where the cuts were to be made, hospital officials say many programs can’t be touched, leaving them little choice but to pare down the areas proposed.
After last week’s announcement of the proposed cut, local politicians have been proffering a draconian vision of a city that can ill-afford any backsliding in its mental-health and substance-abuse services.
Posted by Steve at 3:57 PM No comments:

Censorship in the U.S. Press

Project Censored on Media Matters with Robert McChesney:
Media Matters is a radio program/podcast hosted by renowned media scholar Robert McChesney out of the University of Illinois, Urbana-Champaign.  Robert McChesney's scholarship focuses on the political and economic policies that create the rules that govern and regulate the U.S. press.  As a political economist who focuses on policies, his criticisms of the U.S. press are directed towards the media industry and how certain trends in media content are the result of institutionalized practices and pressures that constitute complex, profit-oriented media institutions (rather than corrupt individuals).  Such structural arguments like this mean that the solutions to the problems associated with the media require changes in policies and institutional arrangements, not changes in individuals (as individuals often adapt to the demands and logics of the institutions).
A couple weeks ago McChesney had representatives from Project Censored on his show. Project Censored is an organization run out of Sonoma State University that highlights key stories that were largely ignored in the U.S. corporate news.  The reasons for the absence are largely due to industry-wide structural forces that constrain and pressure decision-makers within news organizations across the country.
Here's a link to the audio file.
Posted by Steve at 2:16 PM No comments:

This is from the Center for Court Innovation's website.  They report on a National Institute of Justice funded project designed to evaluate the effectiveness of drug courts at reducing substance abuse and crime. According to the report:

NEW YORK, N.Y., JUNE, 2011--Researchers at the Urban Institute, the Center for Court Innovation, and RTI International have completed one of the most ambitious studies of drug courts to date. Funded by the National Institute of Justice, the five-year multi-site study compared participants in 23 drug courts in seven states to similar defendants who went through conventional case processing. The results offer vivid evidence that drug courts are effective at reducing both substance abuse and crime.

Percent of American's Income that comes from Government Benefits

Here's an interesting interactive graph from the New York Times that shows the share of people's income that comes from government benefits programs like Medicare/Medicaid, Social Security, Veterans Benefits, Unemployment Insurance and Income Support.  The graph breaks this down by county, so you can get pretty specific in terms of what you want to know.  In the U.S. all government benefits account for 17.6% of American's income. This number has increased from 8% in 1969.

Fareed Zakaria: Poverty in America Compared to Other Countries

In this video clip, Fareed Zakaria uses Mitt Romney's comment on the poor to discuss poverty in the U.S. and how it compares to other industrialized countries.  At around 2:14 he draws attention to child poverty in particular and its lasting social and economic effects.  While he does not directly discuss crime, he does highlight a number of consequences of child poverty that are commonly correlated with one-on-one violent crime (e.g., high school drop out rates).  He concludes on a positive note however, in that he argues that [child] poverty in the U.S. is something we can address, much as the U.K. did during Tony Blair's tenure as Prime Minister.

Email ThisBlogThis!Share to TwitterShare to FacebookShare to Pinterest
Labels: Poverty

Made me laugh (courtesy of Crooks & Liars): 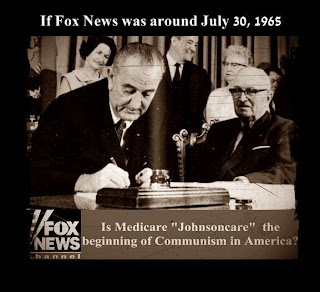 Congrats to Washington State.  Now the bill has to pass the state House, which it is expected to do, and the governor has said she will sign the bill if it gets to her desk.  Way to recognize the inevitable.

See the more complete story at Crooks & Liars.
Posted by Steve at 6:14 PM No comments:

The State of Sentencing 2011: Developments in Policy and Practice

The Sentencing Project, which is a Washington DC based, national advocacy organization on reducing unequal incarceration and criminal justice practices just released The State of Sentencing 2011: Developments in Policy and Practice.  This report highlights some of the policy changes different states have implemented in 2011 that help either reduce their reliance on incarceration and/or address the racism that is institutionalized within the system.  Some highlights for Louisiana include the following (below the break):

Here's a link to CrimeSolutions.gov, part of the Office of Justice Programs.  Here, you'll see an assessment of a number of different programs and strategies that have been implemented and tested in cities across the U.S.  There's also an easy quick guide to tell which programs were effective, which ones were promising and which ones were not effective.  I copied and pasted the summaries of each program (see below the break), but you'll have to go to the website to learn more.