We Are All George Zimmerman

I taught a course titled Race, Crime and Control this past semester. It was an upperlevel course that highlighted the role of the US criminal justice system as a mechanism for White's control over racialized others, Blacks in particular.  Among a number of other things, we read a book by Victor Rios called "Punished: Policing the Lives of Black and Latino Boys." Rios is a former gang member from Oakland, CA who through some fortuitous events and opportunities was able to put his life on a more positive and fruitful trajectory.  He's not a sociologist at UC Santa Barbara.  Pretty impressive.

Below is a copied and pasted blog post he wrote for NYU Press on Trayvon Martin and George Zimmerman (click here for the original).

We are all George Zimmerman: Trayvon Martin and the youth control complex


—Victor Rios
In ten years of studying inner city boys labeled at-risk by law enforcement and schools, I have found that poor Black Americans and Latinos are often deemed as culprits, lost causes, and menaces to society. One Black American boy in my study reported that on the day he was born nurses at the hospital commented in front of his mother, “Poor boy. He’s destined to become a dope dealer or drug addict just like his mother.”

In my observations at schools I witnessed a teacher tell a truant Latino eighth grade boy, “You have a prison cell waiting for when you turn eighteen.” On the streets I witnessed a police officer tell a seventeen year old Black American boy, “We want you to kill each other off, that way we don’t have to deal with locking you up.” These kinds of examples are countless in the lives of over 200 boys that I have interviewed and shadowed.

The reality is that poor urban boys grow up surrounded by a system of punitive social control that sees them as deficient students and criminal suspects that must be controlled and contained from young ages. School officials, law enforcement personnel, neighborhood watch volunteers, store clerks, jurors, and everyday citizens perceive and interact with these young people with fear, disdain, and circumspection. This youth control complex, a collective system of negative treatment based on racialized fears of young people of color, is responsible for the criminalization and systematic stripping of dignity that many young people like Trayvon Martin encounter on a day-to-day basis. 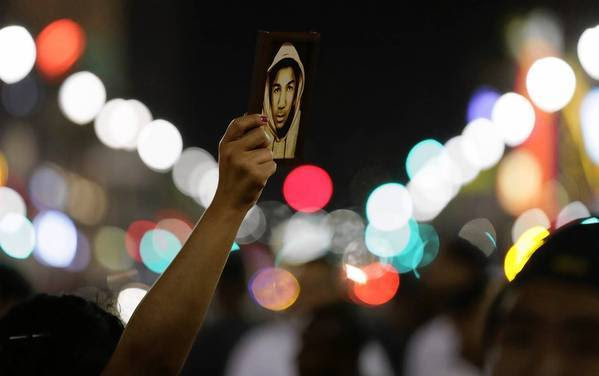 George Zimmerman is not just an outlying overzealous rogue vigilante that hunted down an innocent Black American boy. He very much represents mainstream America. We–schools, law enforcement, the media, intellectuals, politicians, and everyday citizens–are all involved in a system that creates and perpetuates fear and outcaste of a vulnerable, marginalized segment of our population. These young people grow up feeling hopeless, undignified, and failed by the system.

As Ronny, a seventeen year old Black American boy I followed for three years puts it, “It’s like I’m invisible, like I don’t exist, like people see me as good for nothing but to be in jail.” This youth control complex produces social death among many young people of color; they are alive but are not recognized as fellow human beings with the right to live productive lives. Instead we rely on surveillance, policing, prison bars, and stand your grounds laws to control, contain, incapacitate, and eliminate them.

The difference between George Zimmerman and the rest of us is that he pulled the trigger. We simply continue to mundanely mete out punitive treatment, stigma, and systematic stripping of dignity to young people of color, slowly killing their soul and their right to pursue happiness. By the time we sit in a courtroom to determine whether Trayvon Martin’s life is worth imposing a sanction on George Zimmerman, five white jurors have already been socialized and acculturated to criminalize young racialized bodies and to view the victim as a culprit.

Politicians and school and law enforcement administrators (including those that supervise neighborhood watch programs) must demand that individuals who interact with a diverse population be trained in understanding their cognitive biases and how these inform the treatment they impose on others. We must train ourselves to recognize and eliminate our inclinations to perceive and treat young people of color as suspects and instead treat them with the dignity they deserve. Listening to the voices of young people themselves who have lived a lifetime of encounters with the youth control complex might be a good first step.


Dr. Victor Rios is a  Professor of Sociology at the University of California, Santa Barbara. He is the author of Punished: Policing the Lives of Black and Latino Boys (NYU Press, 2011) and Street Life: Poverty, Gangs, and a Ph.D.
Posted by Steve at 7:50 AM